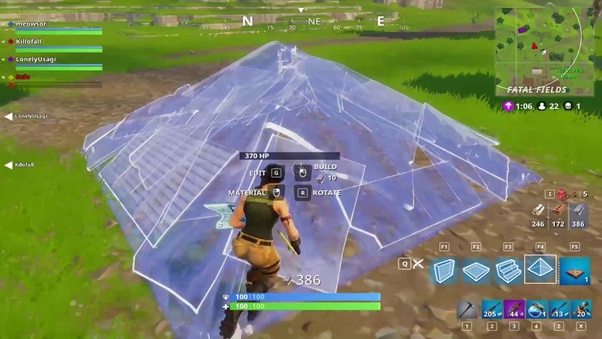 Pyramids are used not that often but recently have become a trend when building to put above your head on top of a flat for extra protection.

For a while pyramids were considered absolutely uselss by everybody until recent months.

Pyramids are commonly used now as extra protection when being shot at from above.

They are also very good for sneak attacks, you can edit them in certainw ays so you can run out from underneath them and still have protection against bullets.